History of the Department

The GFD would like to acknowledge all the people who helped us recreate the history of the department. It is an ongoing effort, but could never had made it this far without the generous time and contributions from a lot of people. To name a few, our thanks go to Jay Jones (Noble & Cooley Drum), Dottie Bettinger, Rose Miller, Jim Meadows, Zach Meadows,

The organization of the Granville Fire Department was in 1942. Mr. Horace Clark from Granby, CT was instrumental in helping establish the department as he had started the Lost Acres Fire Department 6 years earlier.

Some of the men in the beginning of the fire department were Charles Lees, Randy Peterson, Butsy Boughton, Alfred Peterson, Art Case, Henry Olsen. Art Case was the first Fire Chief.

One of the first pieces of equipment was a 1936 Dodge. Fred Wackerbarth built a wooden tank with a 200 gallon capacity. They also mounted a Barton front end pump with a 500 gallon capacity on the Dodge.

In 1945 their first fire truck was purchased on priority from the Government, the 1945 Lafrance shown below. On November 11th 1949, the FD got Engine 2 for West Granville. This was the Diamond T. All trucks had to be tested by Underwriters Laboratory (UL) and this one was tested at the State Forest. 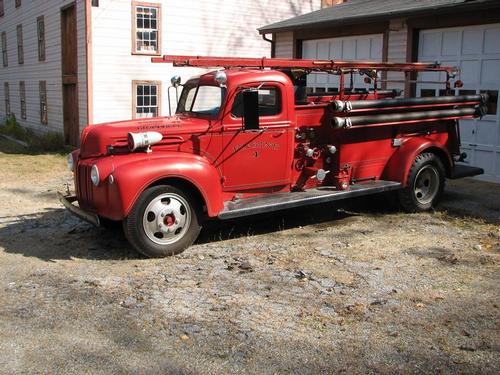 A new Firehouse was built in West Granville right next to the academy on Rt. 57. The town paid for all the materials at a cost of $3000 and it was built by all volunteer help. 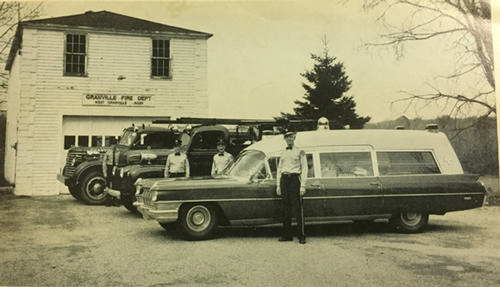 One of the first house fires was in West Granville in the woods just below Gilbert Miller’s place. It was Fred Chapman’s house and it mostly burned down.

There were several chimney fires including one that took place in the boiler room of the Noble & Cooley Drum Factory.

According to Noble & Cooley Company: 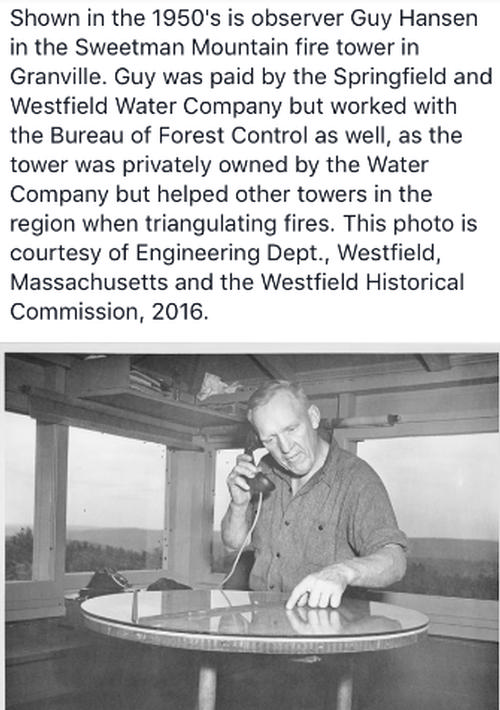 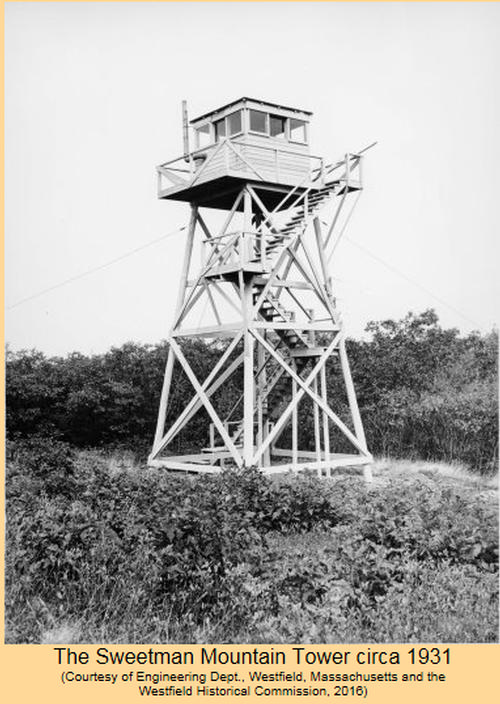 Be sure to check rest of the Historic Photos 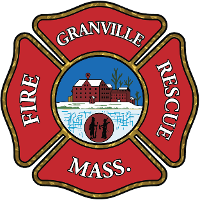